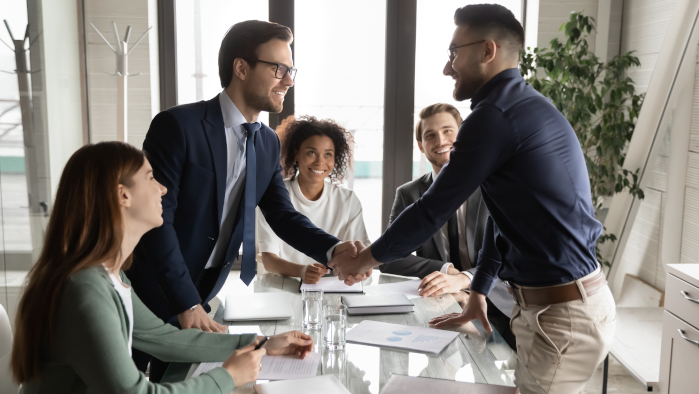 For our customer, a company in pharmaceutical industry, it is important not to be dependent on others regarding quality assurance and to increase the quality as efficiently as possible.

Since it has been tested manually for many years, the decision was then made to implement test automation two years ago. With the aid of external support, test sets were set up which had a high-maintenance with regard to stability of control and effort of the test data provision.

Due to ongoing necessary external support as well as to the partially instable triggering of the processes, the focus was again shifted step-by-step to manual testing. This often resulted unfortunately in already known problems:

Along with the customer, objectives were defined which should be achieved by means of automation-supported quality assurance:

80% reduction of efforts and test automation knowhow within the company

In the course of our discussions with our customer and after a two-hour web session, the final decision was made in favor of suxxesso Tool Suite . After the kickoff meeting and a three-day training workshop for the involved staff took place, the process owners could already automize their processes entirely autonomously and thus reduce the manual testing load.

,,We were able to reduce our testing efforts and costs by approximately 80%, without the need for external resources. The customization of the test cases can be executed by our own domain experts by 100%.”, our customer´s project manager recounts.

The prefab test cases in the suxxesso Tool Suite were used as a basis and then adapted in detail to individual processes. Tremendous time saving and at the same time a great increase in quality were achieved already through these steps.

Key to success and to acceptance:

Usability and specialization in SAP technologies

The keys to success of this project are the high usability and the intuitive setup of suxxesso Tool Suite. In this way our customer has the ability to execute the SAP test automation fully autonomously and without further intervention of suxxesso team.

The stable control of SAP technologies through the specialization of our tools in SAP test automation led rapidly to a sense of achievement and to a noticeable benefit in testing relief of every single person in the testing team.

The frequency and application of test automation rise

Meanwhile, about one year after the project started, our customer tests the functionality of his systems several times a week by using different test sets.
The more frequent tests ease the support since errors can be detected previous to going into productive operation and thus can be corrected.

Developers make use of specialized tests to keep the quality as high as possible in DEV-environment already. The automated test data delivery of suxxesso´s Data Manager and the fully automated tests make this possible. Developers withouhttps://www.suxxesso.com/websession/https://www.suxxesso.com/websession/?lang=ent detailed expertise are even able to test the technical/special functionalities in every detail in early development stages and thus increase the quality of the provided solution at the beginning of the quality assurance cycle.

Increasing the efficiency in testing severely, facilitating the professional experts to fulfill their core tasks and shifting the quality level distinctively in early stages of quality assurance turn this project into a success story, which we at suxxesso Ltd. are pleased to retell.

Are you too looking for an efficient test automation solution which is highly specialized in your core systems? Is your current solution the sticking point?

See for yourself how well test automation can really work!

We would be pleased to answer your individual questions in the course of a non-committal web session, a PoC or a virtual test trial!